Merry Christmas to Everyone

Have a Merry Christmas and a safe and happy holiday!

Riverwalker
Posted by Riverwalker at 10:27 AM 13 comments:

The price of oil is rising quickly, with no signs that it will stop any time soon. From now on into the future, it will only become scarcer and more costly to produce. And as the price of oil rises, so too does the price of almost every other commodity. This includes everything from electricity to the bread that you buy off the shelves of your local grocery store or bakery.

For people in , a state that has always had its fair share of accessible oil, the rising cost and declining supply of oil fuel is an especially bitter pill to swallow. Oil plays a role in almost every facet of our lives and economy - while nearly 2/3rds goes towards transportation, additional applications include plastics, asphalt, fertilizer, feedstock, and military and defense.

Necessity being the mother of invention, some smart and adventurous homeowners are turning to natural gas as an alternative to power their appliances and everything else they need. Freeing your family from the grip of Big Oil might take some additional effort and ingenuity, but the outcome will be rewarding.

Natural gas is a combustible mixture of several hydrocarbon gases. A clean burning fuel, it can be used by homeowners as either compressed natural gas (CNG) or liquified natural gas (LNG). CNG offers a plethora of uses due to the versatility it has as a fuel. It can be burned directly to produce heat that can be used to cook or to simply keep your home warm in the coldest of months, or it can be used as fuel for a generator to produce electricity. It’s also commonly used as a transportation fuel.

Homeowners in Texas are at a considerable advantage due to the fact that there are a large number of available and plentiful natural gas deposits in . This allows for CNG to be offered at a price that tends to be below that of grid-provided electricity for the amount of energy that it can produce. This also allows for homeowners to invest in wells on their land, which allows them to become both self-sufficient and to have an alternative to relying on an often inadequate and aging electrical grid.

Natural gas also burns cleaner than age-old alternatives like coal or charcoal, which means that there's less harm to the environment and less hazards to you and your family when you use it as a fuel source.

If you have the proper knowledge, it is possible to install a gas line on your own. Directions for the assemblage and installation of gas lines can be found online and in print - though if you doubt your skills, it may be best to call a professional. Converting vehicles to run on natural gas can also be done relatively cheaply and easily.

How Does It Compare to Other Green Alternatives?

Natural gas tends to produce electricity more efficiently and reliably than most other green methods of energy production.

For example, it takes around eight times the amount of investment to reliably produce the same amount of energy with solar power as it would with natural gas. Couple this with the fact that natural gas costs around the same as coal, which is currently one of the cheapest methods of producing electricity, to see why it's preferable in terms of efficiency.

In states where the energy market is deregulated, like , and , many homeowners have chosen to work with electricity providers that utilize natural gas to create electricity (more info here). The switch makes sense from an environmental standpoint too, especially when you factor in that, per megawatt hour, electricity produced by coal creates roughly twice as much carbon dioxide emissions than electricity which is generated with natural gas (approximately 2,000 pounds vs. 1,100).

The other notion to keep in mind is that natural gas can reliably produce energy during all hours of the day with an independence from environmental conditions. That means a lack of wind or sun won't stop it from providing you with heat or electricity.

The biggest and only real disadvantage of natural gas is that you must always have a source of it to reliably produce electricity. In other words, you must have an independent source of natural gas if the utilities ever go out for a prolonged period of time. Natural gas delivery tends to stop when the power grid fails.

Natural gas prices in are at an all-time low since 2008. The main reason this has occurred belongs to the recent advancements in shale well technology making it easier and safer to drill new natural gas wells that produce a large amount of product.

The price of natural gas in is likely to remain on a slight incline over the next few years. The supply of natural gas will support this as the technology to efficiently meet any increases in demand will be in place. While natural gas, like oil, is a non-renewable resource, the amount of natural gas that lies beneath the earth will meet much of our needs for decades into the future.

My thanks  to Beth Kelly for an excellent article.

Be aware. Be informed. Be prepared.

Posted by Riverwalker at 5:49 AM 5 comments:

Riverwalker's Gear Giveaway - We have a winner of the SteriPen Sidewinder Congratulations to Trish! She is the winner of the SteriPen Sidewinder in Riverwalker's Gear Giveaway.

Great Prize! As a newer prepper, with the wind up lights and radio, and the MRE boxes. This would help to keep our water safer. Thanks for the opportunity! God Bless and keep us all safe. Trish692@aol.com


Trish please send an email to riverwalker_texas@yahoo.com and include your shipping address(no PO boxes please). As soon as I receive your shipping information, we will get your prize sent to you right away.

I would also like to thank everyone who commented and stay tuned for future giveaways.

Be aware, Be informed. Be prepared.

Posted by Riverwalker at 6:01 PM 6 comments: 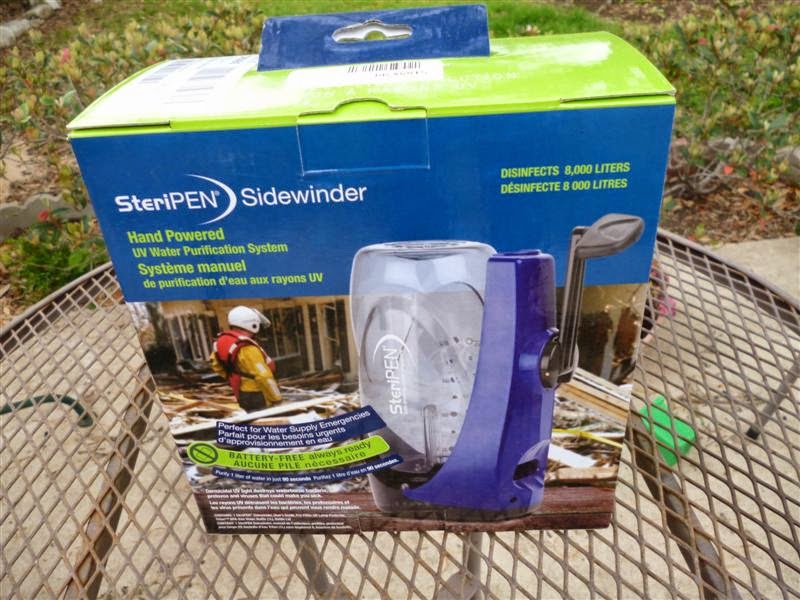 Clean drinking water is always a priority and the SteriPen Sidewinder will insure you have clean water available when you need it. You can read reviews and get more information about this gear item here

Be aware. Be informed. Be prepared. 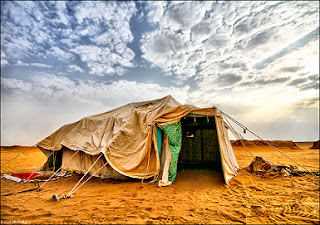 
When packing for camping, many would prefer to think about rations, campground supplies, and tent poles than ways that we might be able to defend ourselves. While it’s true that crime rates at campgrounds are significantly lower than in the city, a reduced likelihood is not very solid grounds to forget the importance of your group’s safety. When camping, it’s wise to heed home security measures like you would if you were home if you want to create a safe environment.

While advanced monitoring and alarm systems clearly aren’t feasible in most outdoors situations, taking some basic principles of home security systems and applying them on your next camping outing can increase your chances of deterring crime and give your campers a greater peace of mind. However, I’d like to make one reservation; whereas crimes in residential properties occur more often in well-traveled areas, the ideal camping grounds are more popular areas where there is a moderate presence of other campers. When it comes to the wilderness, isolation is a key ingredient for disaster.

Without further ado, here are just three ways that we can boost our security while camping to make sure that keep everyone in our party safe, no matter where we are:

The first aspect to keep in mind is adequate lighting, especially during night. Some might choose to avoid light to gain security through stealth, but this is a far greater disadvantage when potential predators lurk. It isn’t advisable to leave a campfire unattended while sleeping, so the better option of maintaining some light at all times is to either use a lantern or a few floodlights with a moderately sized generator. Solar panels are a natural fit if your camping plans go on for longer than your generator can manage.

One of the best deterrents in reducing the rates of crime in suburban and urban areas is a solid neighborhood watch. In fact, the FBI’s statistics project that these programs have an efficiency of up to 43%. Likewise, keeping a sense of watch over your campgrounds can make a great difference in keeping criminals away. This doesn't necessarily entail staying up and taking turns maintaining post; rather, simply being aware of sights and sounds of your environment and having a protocol to respond to emergency situations can save the day.

I always take a whistle when I go camping, which I use for an “alarm” in case I detect something suspicious. Others might use lights, signals, or even walkie-talkies to maintain communications about potential dangers.

When you buy a new television, you wouldn’t simply leave the box next to your trash can; it would be a blatant advertisement to crooks that you have a shiny new HDTV for the taking. Similarly, it’s always wise (and courteous!) to pick up after yourself when camping. Leaving garbage around can attract potentially dangerous wildlife, pose an environmental hazard to your group or other campers, and leave a trail that criminals could use to determine your resources and tail your group.

When it comes to demonstrating your resources, whether you’re at home or outside, the best policy is discretion.

4. Have a backup plan for worst case situations

No matter how thorough you are in establishing a safe campgrounds and maintaining safe practices, it’s impossible to guarantee that someone (or a wild animal) won’t target you or others with you while camping. Just as you might keep a firearm at home in the case of a home invasion, it’s a good idea to carry some kind of firearm to defend your camp from criminals or dangerous wildlife should your camp fail to deter a dangerous element.

While it’s always preferable to make sure you never have to use it in the first place, keeping a firearm with you is a valuable last resort in keeping the peace while camping.


Be aware. Be informed. Be prepared.

Looking for a great bargain? Need to replace some gear or just pick up a couple of needed survival gear items? PrepareNOW Outfitters has a one time opportunity to get survival gear at some really great prices.

My friend, Brian Howard, is closing out his retail outlet in on Saturday, September 21st, and is offering some great close-out specials on survival gear. This is going to be a one day only sale and his retail outlet will be officially closed after this Saturday. For those of you in the DFW area this will be a great chance to find some real bargains.

Brian’s retail outlet is located at 707 N. Freeway in . This is going to be an “everything must go” one day only blow-out sale at his retail location. Brian’s online survival store will continue to offer some great survival gear items for preppers.

Be aware, Be informed. Be prepared.