State of the Union

One can not put into words the way I feel. Well, until now.

The Land of the Free and the Home of the Fallen
01:36 by Administrator. Filed under: Whatever
By John Galt

As I was driving over to one of the other craters in the Florida real estate landscape, the East Coast, I was able to listen to the Glenn Beck show and reflect upon the news he was almost aghast to read and reveal as he chattered in his usual manner. The story that was emblazoned upon the front page of Drudge when I was awake some sixteen hours ago about the honor student being brutally murdered in Chicago by thugs, the story of the next group of school children singing praise to Obama, and the story of the mock prayer to Obama gave me a chilling feeling. This feeling was one that our nation had taken a significant turn, one that we may not recover from.

With that being established, I will now answer the emails from the past week. I have not abandoned this blog yet, although I have considered it or moving it exclusively to the message boards I have posted on for years. The week was spent listening, reflecting, praying and hoping that the path our nation has chosen is reversible, that the groups who claim that political change will reverse the course is still possible. Alas, I must respectfully disagree with my friends in pursuit of freedom. This is not an entry about the movements, the politicians, or our future. The week was used to reflect on the past, to determine where the future may lead for myself and our nation in my opinion. I do not wish to bore my readers with the personal concerns, this is the time to reflect on the nation and the danger we are now in.

The American people have had it pretty good for the past twenty-five years. We restored our nation’s honor. We defeated the Soviet Union under the leadership of a true patriot, Ronald Reagan. America absorbed major body blows in 1987, 1990-91, 1997 and 2001 via economic conflagrations which would have destroyed a weaker nation yet we did not learn from those experiences and in fact magnified the mistakes by layering greater and greater leverage on to an economy in desperate need of a reset. The moral errors of the period have also been ignored. We honor criminals like O.J. Simpson with 24/7 car chases, glorifying rioters in thugs in Los Angeles, and paying homage to criminals by begging for leniency or pardoning them for their horrific actions. The worst aspects of our path over this period is a duplication of almost maddening proportions as America elected to expand on the vulgarities of Caligula by normalizing the obscene and denigrating the norm. All the while we witnessed and heaped scorn on the “traditionalist” religious points of view and origins of our nation. We wished to modify the religious texts of our history instead of honoring them while changing our history to accommodate the perversions of our modern era. If we did not like the end result we deleted the information on our heroes or made their negative character traits the primary exhibits of their accomplishments, denying the proper honor for the sacrifices so many have made.

There are some who will proclaim my opinion as that of a rabid Obama hater. The ignorant who have not read my entire body of work nor elected to actually read the details and ponder every word usually attack without thinking. This is beyond Obama. This is something that started as not so innocent experiment to guarantee greed and avarice and has since turned into a vile attempt to corrupt a nation via financial and moral bankruptcy to enslave its citizens for decades to come. What we have witnessed with the praise and preaching to our President and attack of an innocent child in Chicago is the culmination of what we swore we would never become and never feared as it could never happen here.

When does the banditry of government end? How do we get our lives back? In traditional voluntaryist fashion, I’m convinced we need to liberate 6 billion minds worldwide simultaneously. But pure educational efforts are not enough. We have to live our principles, as exemplified in agorism. We need an organizational model that is resilient, efficient and easy to plug in to, as we see in open source efforts such as Linux and Wikipedia. Innovative developments in warfare, such as seen in the Iraqi insurgency (4th & 5th generation warfare), can inform our plans as well. If you’re ready to get the government monkey off your back join me in building a libertarian insurgency with the following principles.

One of ours has gone to the Lord

My thoughts and prayers go out to James Wesley Rawles and his family. His wife passed yesterday. My God Bless her and her family. 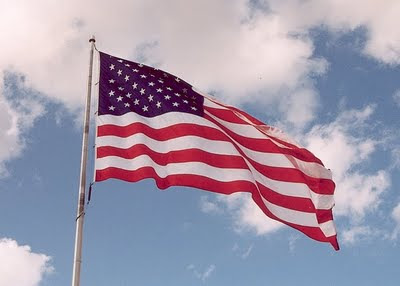